Replacing the Saddles in a Schaller Nashville Bridge 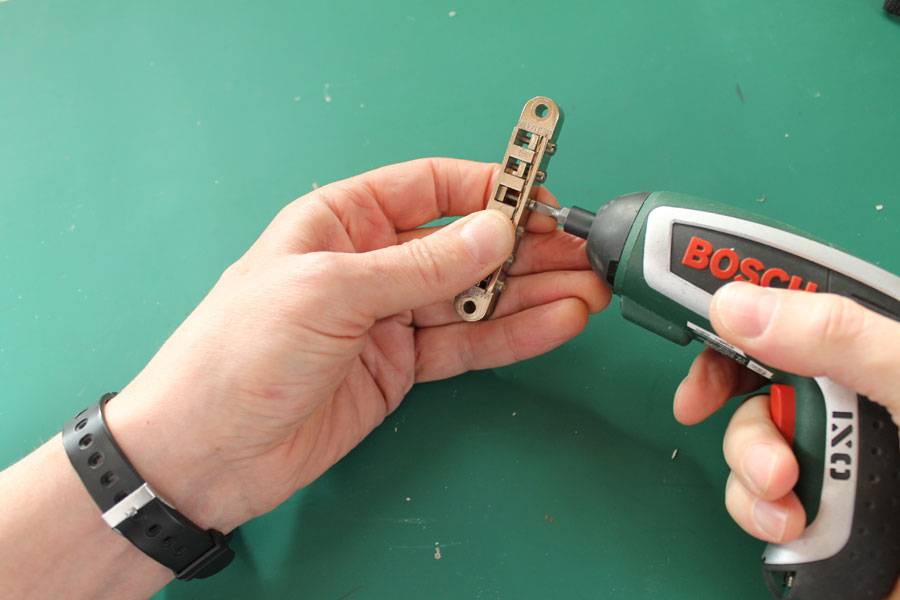 NOTE This applies only to the original Schaller bridge and exact copies.

I often read that people find it difficult to change the saddles in a Gibson “Nashville” bridge.

This bridge was introduced in the mid 70s, replacing the original ABR-1 Tune-o-matic bridge which had been designed at Gibson in the early 1950s by Ted McCarty. This newer design had more travel for intonation and was more robust than the ABR-1. It was designed and made in Germany by Schaller and its introduction coincided with the Gibson factory’s move from Kalamazoo Michigan to Nashville Tennessee, hence the colloquial name. The Gibson designation for this bridge is BR-030.

Rather than the saddles being secured by a single wire as in the second generation ABR-1, each saddle is held in place using its own small circlip. There is no obvious way to easily remove the saddle but it’s really quite easy if you know how.

You don’t need to use an electric screwdriver but it does speed up the process.

Click on the pictures for a bigger version or watch the video at the end of this post.

To remove, turn the intonation screw anticlockwise as if to remove it. 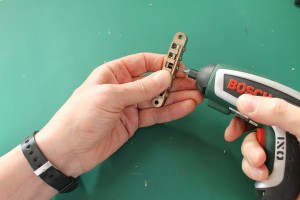 Once the saddle touches the wall of the bridge, keep unscrewing. The screw will withdraw and allow the saddle to drop out. 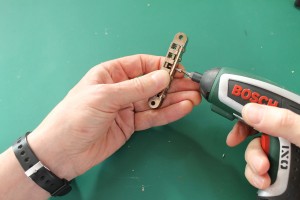 Leave the screw in the bridge unless you are replacing it or the circlip (I’ll cover this next time). 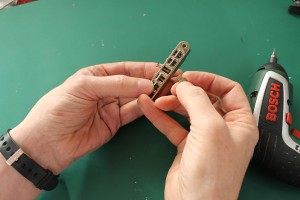 To replace, drop the saddle into the bridge and push the screw forward into its hole in the saddle. 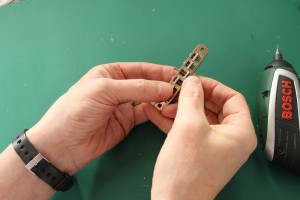 Apply a bit of pressure on the screw 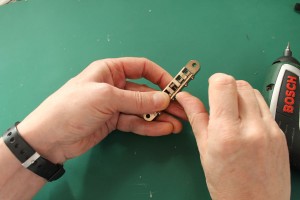 and turn clockwise to engage with the saddle. 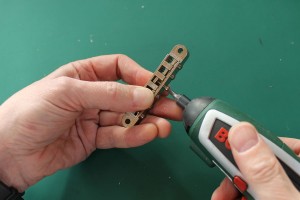 Keep turning until the saddle is hard against the near wall of the bridge as this locates the circlip in its groove. 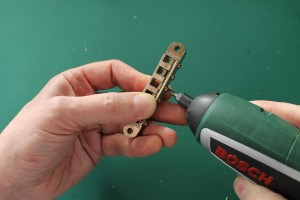 Rough out the intonation before refitting the bridge to the guitar. 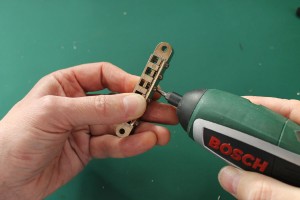 All the steps are shown in this video.

← Tony’s 50s 2-tone Stratocaster Replica
Should I Have A New Guitar Set Up? →

12 Comments on “Replacing the Saddles in a Schaller Nashville Bridge”