Rebuilding a Switchcraft “coil tap” switch for a Gibson ES-335 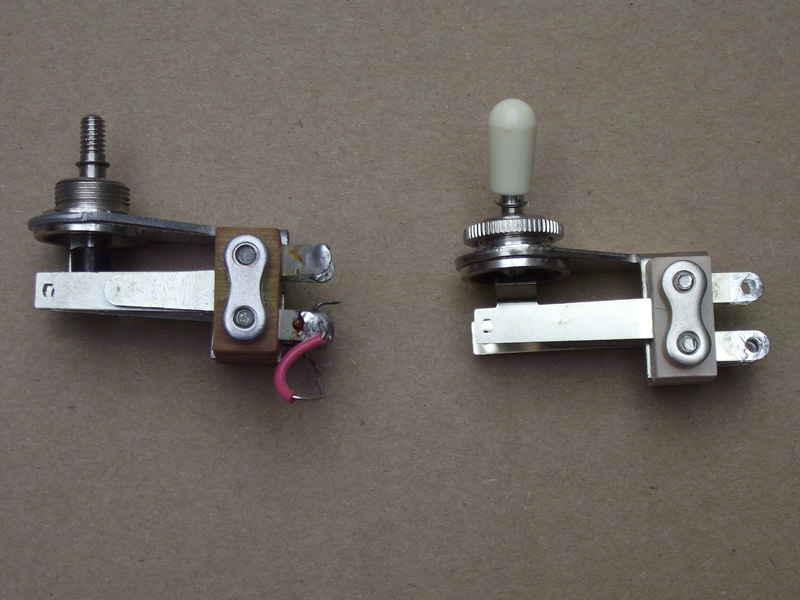 In the mid-70s, some Gibson semi-acoustics such as the ES-335 and ES-347 were fitted with coil splitting switches, which shorted out one coil of each pickup to provide a single coil sound. I think this was a nod to fashion as thanks to disco and in particular Nile Rogers, the Fender Stratocaster sound was all the rage.

The Gibson schematic uses a special switch to split the pickup coils. This switch is as far as I know not available from Switchcraft. I had a customer come to me and ask me if I could get one for his guitar. I said no, but I can make you one. These switches haven’t really changed for over 50 years and thankfully it’s possible to take them apart and put them back together in different ways.

Here is the old switch. The problem with it is that the extension on the long leaf which the toggle acts against has broken off. The lower long strip of metal is a semi rigid stop meaning that the toggle can only move in one direction. I transferred this part (which isn’t present on the new switch) to the rebuilt version. 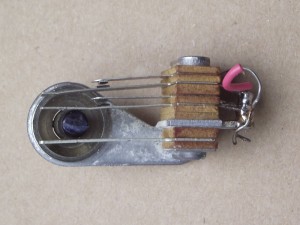 Here is the old switch together with a modern donor. The donor is the standard SPDT pickup switch. 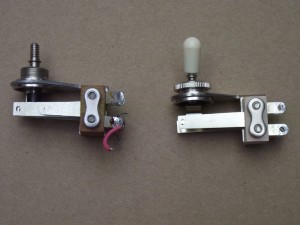 I ended up using all the leaves from the new switch as they were straight with new contacts. There was no point using old, damaged parts for a misplaced loyalty to originality. Of course all the old parts will be given back to the customer as always so they can rebuild the original if they ever wanted to.

The only modification required was to bend the extension strip mentioned above the opposite way as on the pickup switch the contacts are inboard and on the coil split switch they are outboard.

Here is the new switch open and closed so that you can see the mode of operation. 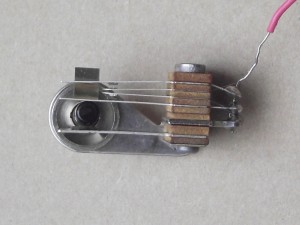 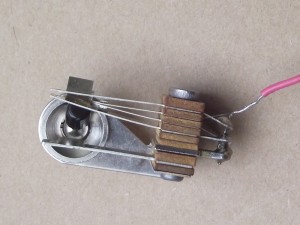