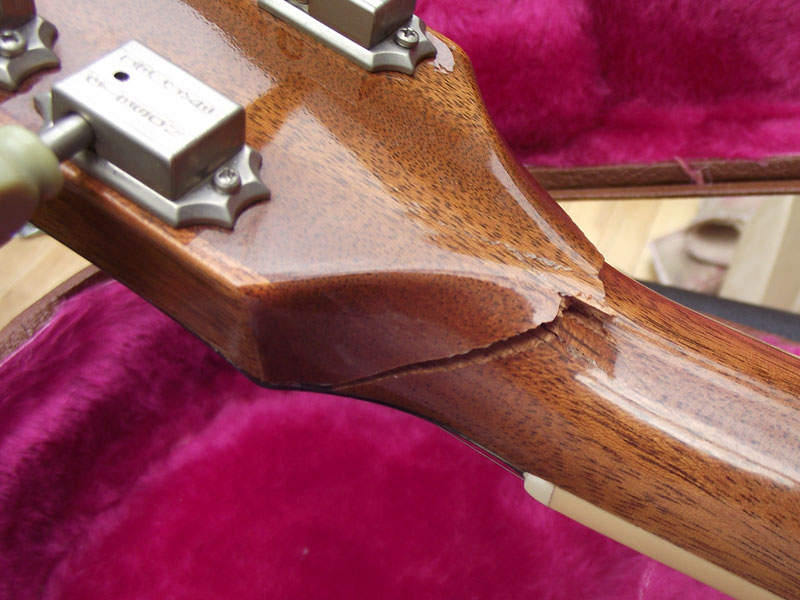 Another week, another headstock repair!

This one was trickier than most as instead of a nice clean break, the wood had splintered which meant that putting it back again too some care. This guitar had also suffered some collateral damage to the front and back of the body when it was knocked off the stand.

The break was glued and clamped as usual and the lacquer finish repaired and oversprayed. 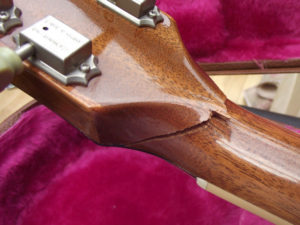 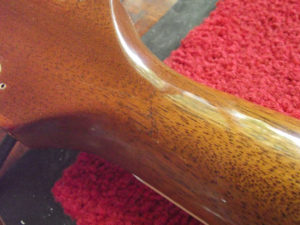 The dings were steamed out, drop-filled with clear lacquer, flatted and polished. 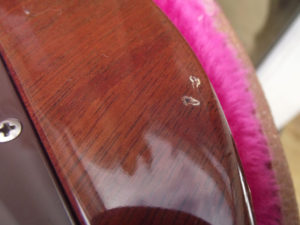 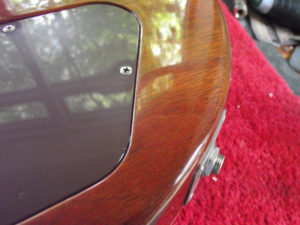 The one on the front still shows a scar because the colour coat was damaged. 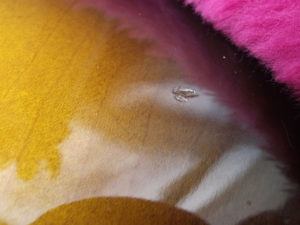 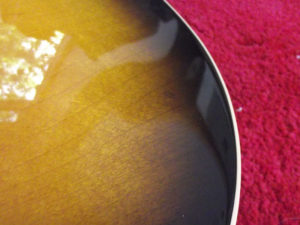 This really does demonstrate the way in which a lacquer finish allows repairs to be blended in.