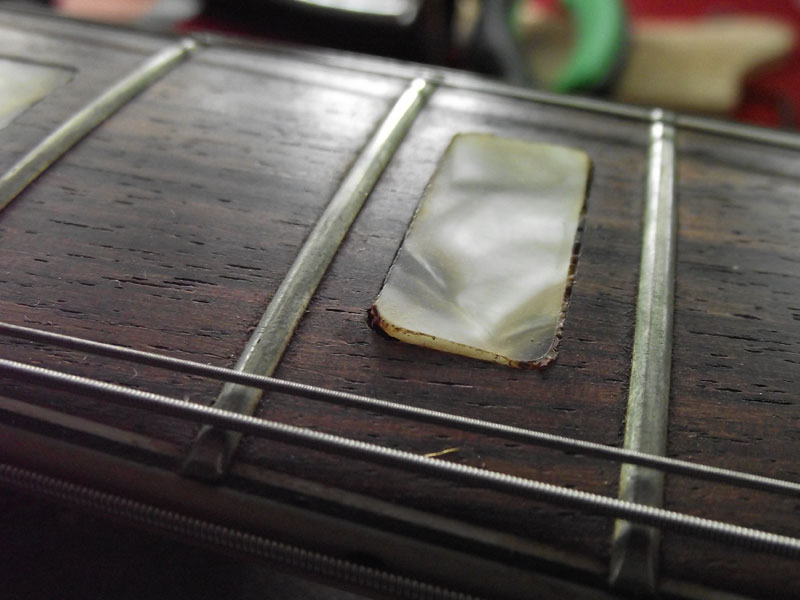 When doing a general setup and fettle of this 70s Les Paul copy, I noticed that a couple of the inlays were standing proud of the fretboard. 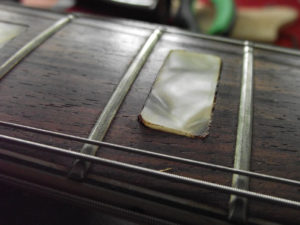 This is a common problem with these old guitars – the celluloid shrinks, warps and comes unstuck. You can see that they were never a good fit and were propped up by slivers of rosewood. Notice the grain on the fillets is going cross-ways. 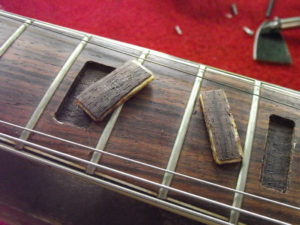 I scraped the rosewood off the back of the inlays and used a domestic iron to flatten them best I could. I then set them into the fretboard with some epoxy resin.

Once the epoxy had set, I filed, scraped and sanded the inlays flush with the fretboard which I oiled for a great finish. 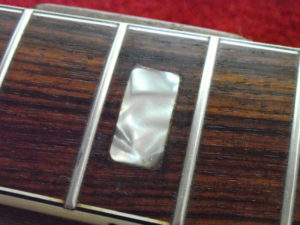 Despite its age and humble origins  the guitar was surprisingly well put together and played pretty well after the setup!