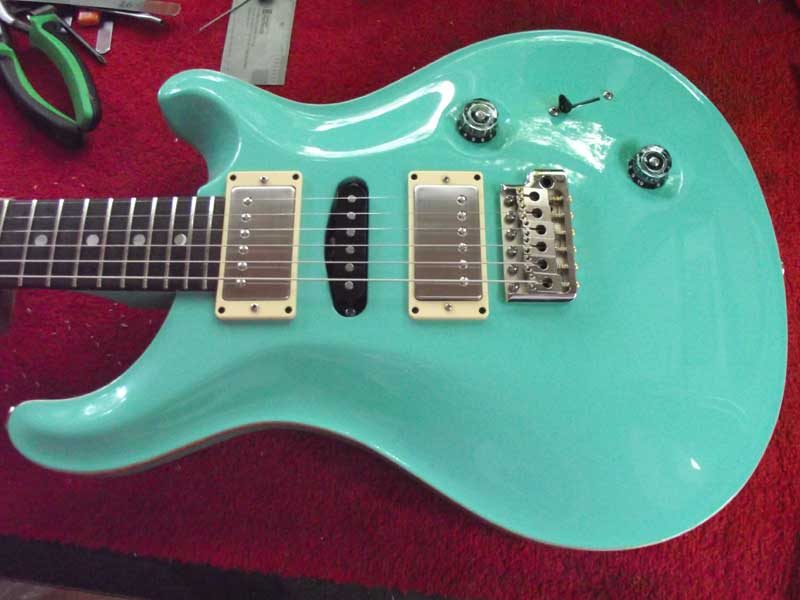 A customer brought me his 2011 PRS Special complaining that notes did not ring out and saying that he thought that the frets were uneven. It’s quite unusual for a brand new PRS to have fret problems so I took a look and sure enough, several frets were low around the 12th fret.

You can see where my levelling bar has touched the top of some frets and left others untouched.

I ensured that all the frets were level, restored the crown where necessary and polished with Micromesh abrasive to a high shine.

The owner, by the way, was formerly the guitarist in the greatest Manchester band (and my favourite group) of the 1960s.