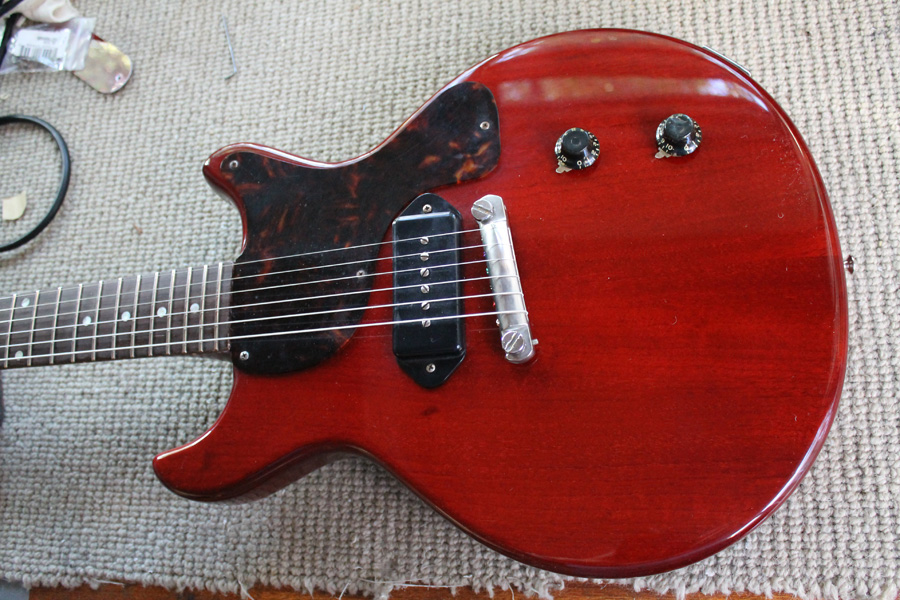 This Les Paul Junior has had a hard life.

When it came to me for a refinish in nice thin nitrocellulose it was coated with a thick layer of yellow paint which on closer inspection revealed a history that the owner was completely unaware of.

It seems that at some point in its life it had been converted to a Special, with an extra pickup, volume and tone controls and a switch, then crudely converted back, before the damage was masked with the thick finish.

I’ve pointed out in the pictures below where the changes have been made and reversed. 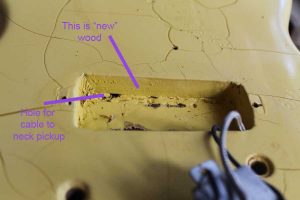 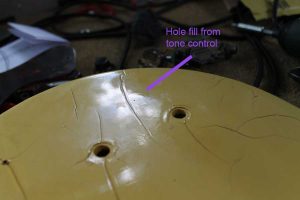 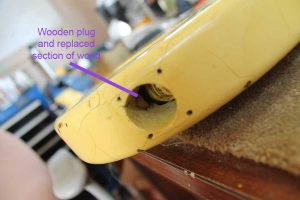 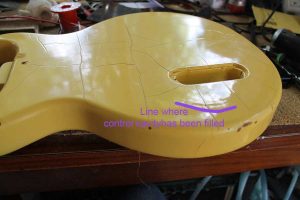 Once the body was stripped, the changes were more apparent. 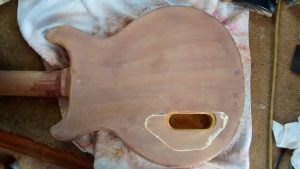 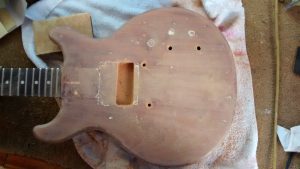 Well there was no way I could hide that under a thin coat of nitrocellulose!

The solution was to fill the cavities, plane 5mm off each face and then fit mahogany caps front and back. Much tidier! 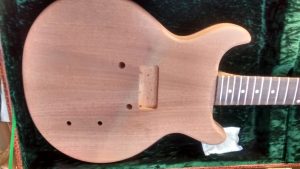 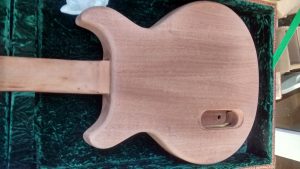 The guitar had originally been cherry red and Gibson achieved the colour by using a stain on the wood. Some of this stain remained in the wood pores so an attempt to spray TV yellow would just cause the red stain to bleed into the finish. That means that the guitar was going to be cherry again.

Staining again was out of the question as it would emphasise the repairs so I mixed up an aged cherry colour and sprayed that. 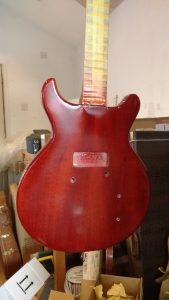 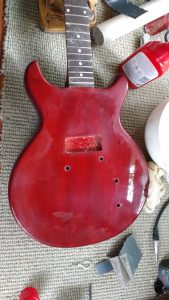 I think it turned out okay. 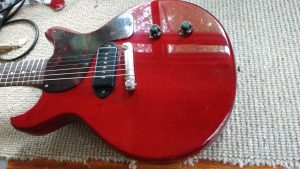 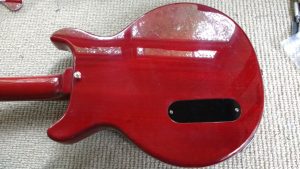 Oh and this really is a 1961 guitar, the stamped serial number shows it to be early that year, even though the SG had already been introduced and superceded this model.