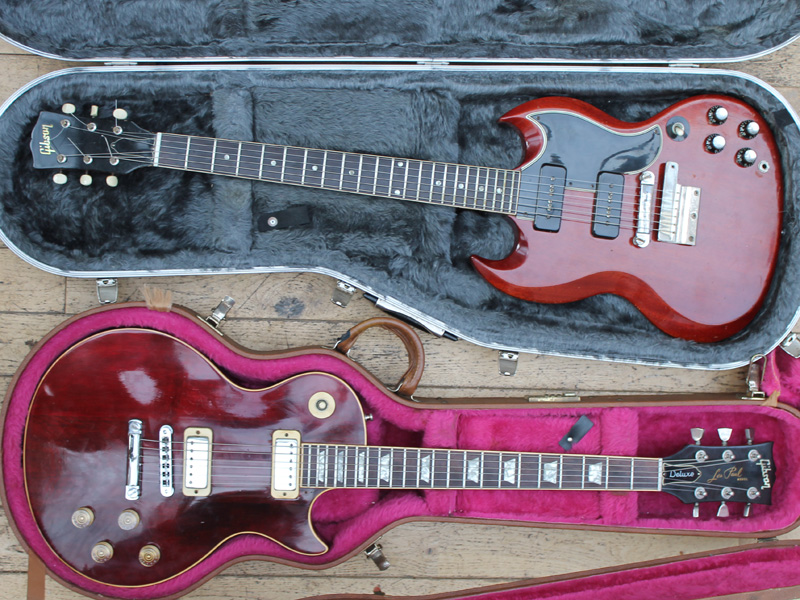 These two Vintage Gibsons came in, each needing a new nut.

The mid-1960s SG Special had a nut cut too low meaning that the unfretted strings were buzzing against the first fret. I replaced this with a nut made from bleached bone. I had to use an oversize blank as the person who previously replaced the nut had filed the slot a fraction of a millimetre too wide.  Like all my replacement nuts, it was a perfect fit, highly polished and gleaming.

The 1980 Les Paul Deluxe had a different problem. The original nut was cut with the top e slot too close to the fretboard edge, exacerbated by worn frets, which meant that it was easy for the string to slip off the fret. On the new nut, I moved the slot in about a millimetre which should make all the difference.

Both of these guitars are great to play and sound fantastic. Of course when testing them I’ve been knocking out Who riffs!

← Should I Have A New Guitar Set Up?
String Spacing on a Telecaster Threaded Saddle Bridge →