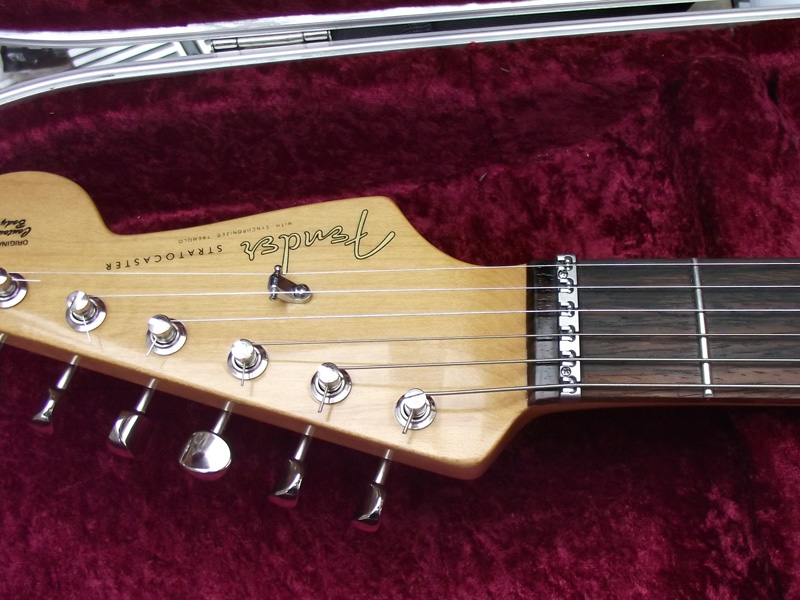 This time the fitter had cut the slot too far back, and had removed the rosewood behind the existing nut, rather than just 3/32″ in front of it. They had also managed to snap the two tiny screws off in the neck. I’d normally have to extract them, but as the new nut was going in the correct position, some 3/32″ close to the first fret, I could leave them where they were. 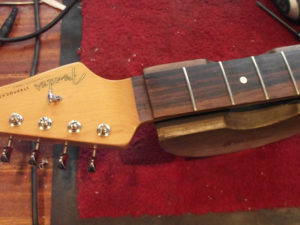 Above shows where I have tidied the missing wood, ready to accept a rosewood fillet.

Here is the fillet being test-fitted for height and length. I have tried to match the grain pattern as best as I can. 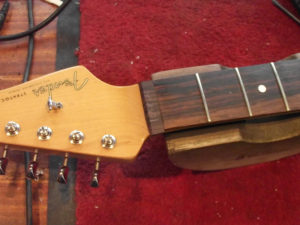 Once I had glued the fillet in place and trimmed the edges, I cut the slot for the LSR roller nut using my Stewmac bridge slotting jig. 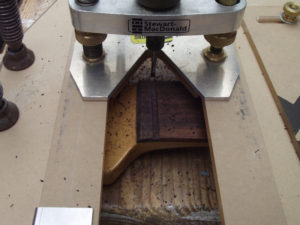 Cutting the slot for the LSR roller nut first pass 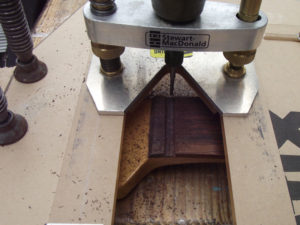 Cutting the slot for the LSR roller nut second pass

I first cut the slot 1/4″ wide to the correct depth before moving the jig slightly to cut to correct width with a second pass of the router. 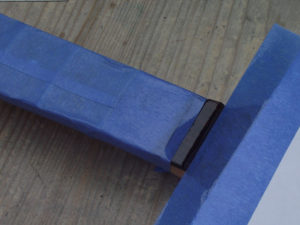 Relacquering the end of the fretboard

I relacquered the end of the fretboard as it would have been originally.

Here is the nut in place. I think I did okay matching the grain. 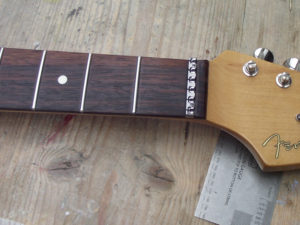 And finally, here is the guitar reassembled and restrung. 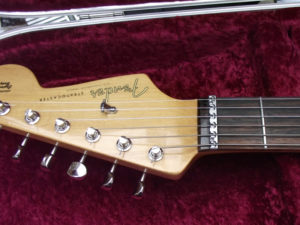 Restrung and set up

7 Comments on “Another LSR Nut Refit (rosewood this time)”