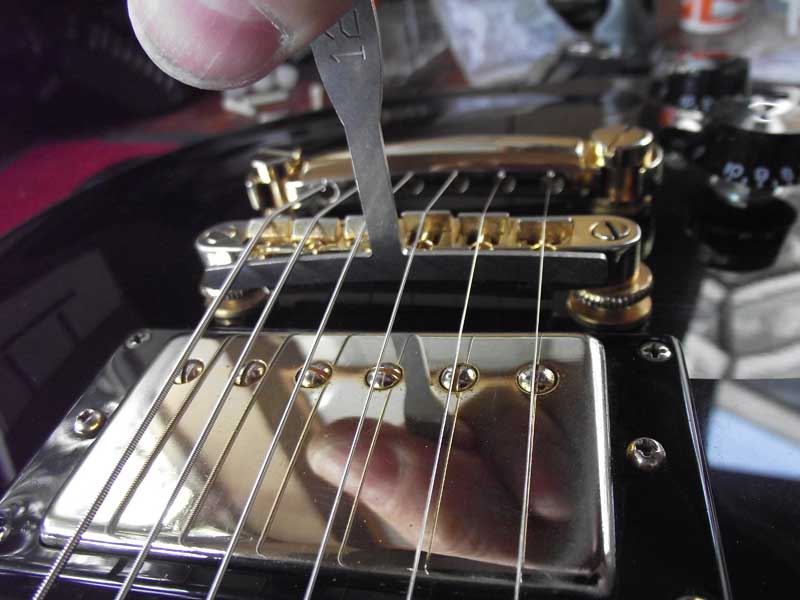 Here’s a lefty Epiphone Les Paul that I upgraded the other day.

The nut on the guitar was a cheap hollow plastic replacement that had poorly cut string slots causing tuning problems. A new Tusq nut sorted that out.

The existing electrics were the usual low quality components found on these 90s Epiphones. The switch didn’t switch (both pickups on in all 3 positions) and the tone controls were pretty ineffective with no noticeable difference in sound throughout their sweep.

I rewired using reverse-log taper CTS pots, a Switchcraft jack and a new switch. Interestingly the guitar was fitted with correct left-handed knobs with the numerals 1-10 running clockwise around the skirt.

A fret dress and full setup completed the job. Typically the bridge saddles were deeply grooved so I dressed them down, cut accurate string slots and made sure that the radius matched the fretboard.