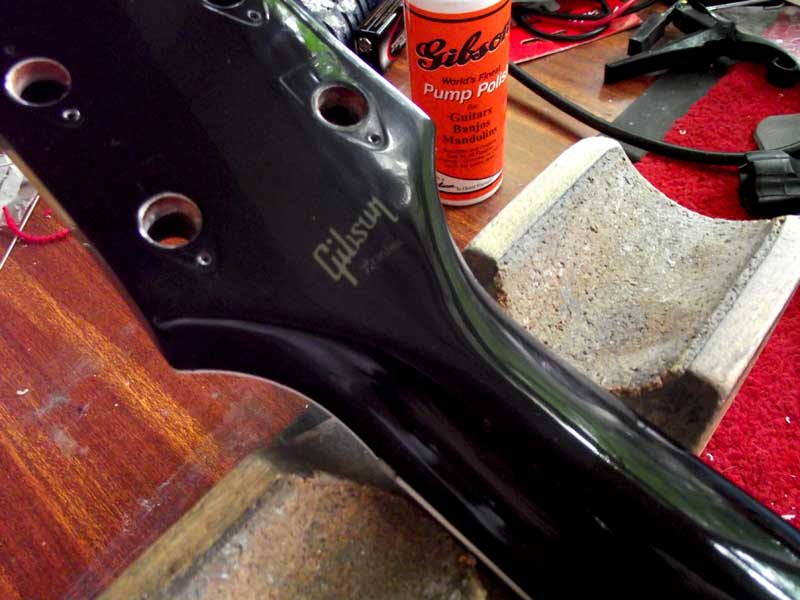 Here’s another Gibson Les Paul headstock repair, the second within the space of two days!

The owner of this guitar had left it in his rehearsal room and come back to find it broken. It was pretty clear from the break and other damage on the body that someone had taken the guitar out of its case and dropped it on its back.

Still, it’s as good as new now and I even managed to preserve the “Gibson Custom” transfer on the rear of the headstock despite it being very close to the break. Because the finish is opaque, there is no sign that the break ever occurred.

I did of course use my own black and clear gloss nitrocellulose lacquer aerosols which incidentally I have supplied to Gibson’s own repair shop for the same purpose!